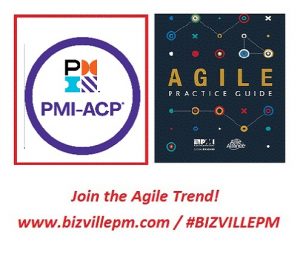 The PMI Agile Certified Practitioner (PMI-ACP)® formally recognizes your knowledge of agile principles and your skill with agile techniques. It will make you shine even brighter to your employers, stakeholders and peers. END_OF_DOCUMENT_TOKEN_TO_BE_REPLACED

Over the past 20 years I have met numerous individuals who aspire to create the perfect project plan. Whilst their dedication to the cause is unquestionable their expectations are probably best described as unrealistic and that will ultimately lead to disappointment.

Perfection and fit for purpose are two subtly different things. I am not advocating carelessness or low standards but a more realistic and workable approach to project planning.

Computer based tools provide us with the means to craft sophisticated and valuable project schedules, however using a tool does not automatically ensure a perfect project plan. Back in the mid 1990’s I was issued with a portable computer that ran a project scheduling software package. This was back in the day when few people in their roles had access to a computer let alone one that could be carried with you. We would visit potential customers and proceed to produce a project plan using the computer, the output was invariably regarded as being beyond question as it was computer generated – in this day and age we are more aware of computers and appreciate that their outputs are only ever as good as our inputs.

A project schedule is an indicative guide rather than a definitive timetable. Producing a precise and 100% accurate project schedule is nigh on impossible as not everything always goes to plan and we cannot always anticipate every possible eventuality that might arise in the prosecution of a project.

However you should strive to build a realistic and workable project schedule to act as your reference point for you to manage and control your project and the following suggestions point as to how you can use Microsoft Project to provide this information.

1. Use “Project Information” to specify the Start Date for your project, for your own sanity and peace of mind stick with the default option “Schedule from Project Start Date” so that all tasks begin as “soon as possible”.

It’s All About The Enterprise

With all these true enterprise capabilities in mind, below are some of the more detailed features differences listed by real users. This list is not meant to be exhaustive. It is also important to note that we’re not recommending one product over the other.

PRINCE2 vs PMP is the wrong question to ask.  PRINCE2 and PMP are useful and complementary tools in your skill set – they don’t compete.  Certification in the PRINCE2 methodology is an excellent complement to your PMP credential and awards  PDUs for instructor led classes or online learning.  If you are a PMP, PRINCE2 already recognizes your prior learning so you can skip the PRINCE2 Foundation exam.

So do I need PRINCE2 and PMP Certification?

Short answer:  yes – they cover different sides of the project management coin.  They increase your earning potential, enhance your skills and improve your employability

PRINCE2 and PMP are the most popular global project management certifications: but they are different:

END_OF_DOCUMENT_TOKEN_TO_BE_REPLACED

One-fifth of the world’s GDP, or $12 trillion, is spent on projects. And with many skilled practitioners leaving or scheduled to leave the workforce due to retirement — in the United States alone, 40% of the workforce by 2015 — there is a great demand for knowledgeable project managers. So much so that $4.5 trillion of that total is at risk, and the talent gap is widening. END_OF_DOCUMENT_TOKEN_TO_BE_REPLACED

Is your project going OK? Are you sure? Often project managers think their project is progressing to plan and by the time they realize that something is wrong it is too late to implement corrective actions and get the project back on track.

Here’s a quick health check that you can carry out on your project. Run through these 6 points and see if your project is at risk from failing.

1. You Don’t Have A Project Plan

You do have a detailed project task list, don’t you? A task list forms the foundation of your project schedule, and this is critical so that everyone knows what they need to be working on when. Each task should have a designated owner. Having one person responsible for a task, even if several people end up working on it, ensures that it doesn’t slip through the cracks as somebody else’s problem. END_OF_DOCUMENT_TOKEN_TO_BE_REPLACED

By Charles A. “Chip” Brethen
Quite often the two terms, Business Plan and Strategic Plan, are used interchangeably, but they are not interchangeable to the professional. Occasionally, I find myself trying to keep from misusing the terms. An example might be the interchangeability of terms like goals and objectives and the confusion derived from their use or misuse. It is important to define terms and make sure that everyone involved is speaking the same language. END_OF_DOCUMENT_TOKEN_TO_BE_REPLACED